I get asked questions all the time about healthy eating and vegan swaps we should be making in our kitchens. I love sharing my knowledge about this topic with people as I have learned a lot over the years and feel like I have pretty much perfected that area of my life.

Like anything, it takes time and dedication to educate and organise yourself in the kitchen when it comes to a healthy vegan lifestyle. It’s about knowing all the different products that are available out there and choosing the best.

As vegans, we should be supporting organic farming

Before we start, I want to bring up organic food. It’s been proven that organic produce is fewer toxins for us and the environment.

As vegans, we should be encouraging organic farming as it’s part of how the ecosystem works. Yes, you’ll have bugs that come and munch on the food but spraying it with a natural pesticide rather than a chemical one is much safer and more sustainable.

Rather than killing insects, it turns them off wanting to come near the plant.

For example, if you’re trying to discourage snails from coming into your vegetable garden and eating your plants, either use seaweed in the soil mix (they don’t like salt) or use the method of companion planting. Certain herbs deter slugs.

I know that on a larger scale that’s almost impossible to have such time consuming and restrictive growing methods, but using organic methods does help not to pollute the soil and water that insects and animals consume.

We should take care of them just as well as we would ourselves. They deserve to have access to toxic free bare necessities.

I know that organic food is currently a little more expensive over conventional produce, but consider this; would you instead be paying the farmer now or the doctor later? For me, it’s a no-brainer.

The following products are what I have in my kitchen, and even though I never used the other 12 items that I am telling you to move on from, I know that many people don’t even realise they may have some healthier alternatives out there.

8 healthy vegan swaps in the kitchen

Soy sauce is a very popular sauce used in Asian cuisine. It originated in China and is now found in every supermarket in the world.

For those of you that want something gluten-free (always check the label) and slightly more nutritious, try tamari sauce instead.

It’s still made from fermented soybeans but originated in Japan and was traditionally made from the byproducts of miso paste. The main thing to avoid with tamari sauce is the added MSG.

2. Swap cornstarch for kuzu (if using as a thickening agent)

Cornstarch is a staple in most households as a thickening agent for things such as sauces, pie filling, soups or gravy. Most of the cornstarch on the shelves are made from genetically grown crops, is highly processed and treated with chemicals.

An alternative to this is kuzu, a flavourless root originated from Japan and China and grows like a weed taking over anything. Kuzu root also has been known to help with digestion, fight the common cold and calming the nerves. It has many different health benefits and is slowly spreading across the Western world as a powerful addition to any kitchen.

The best way to use it is to dissolve 1-2 tablespoons in cold water and add to any food you are currently cooking. I find that I mostly use it in sauces with vegetables and tempeh or tofu. It forms a nice thick consistency and adopts any flavour really well. I then usually add in a bit of tamari.

I think that many of you know by now that table salt is just a highly processed combination of chemicals and has no nutritional value as it is stripped during the processing stages.

Choose other salts such as Himalayan pink crystal salt or even Celtic sea salt. Himalayan salt has the same 84 natural minerals and elements as the human body does. It has multiple health benefits, such as helping to stabilise your PH levels and keeping your blood sugar levels balanced.

People get this mixed up all the time. Vanilla essence is a cheaper watered-down version of vanilla extract. There is much less vanilla in it, and the quality is also not as good. Make sure you look at the label before buying.

The reason I say this is because your conventional orange coloured dried apricots have sulphites in them. The reason they are orange is that they have that to keep the colour.

Many people get headaches from it just like they do from drinking red wine with sulphur in it. Switch to organic Turkish apricots, and you will get the brown product which is precisely what an apricot should look like when it has dried naturally.

A widespread mix up is cocoa and cacao. Cocoa is raw cacao that has been processed through high temperatures which in turn kills all the vitamins and nutrients that raw cacao otherwise has. It’s on average cheaper, but you miss out on all the goodness that raw cacao has to offer.

We use raw cacao all the time in crepes, smoothies (most mornings), cakes, raw slices, vegan hot chocolate. I love chocolate, so eating it in its most natural state with all the minerals intact gives me magnesium, iron, copper, calcium, potassium and manganese.

Sometimes we forget to stop and think about the basic things that we use in our kitchen like frying pans. We don’t question it because we trust that what you find on the shelves in the shop is safe. Wrong. Do your own research. When you do, you’ll come across articles just like this one that talks about the toxic chemicals that are used in the Teflon frying pans found in most homes.

I have personally never used them as I have known this for quite some time. We use a neoflam non-stick fry pan as it’s free of those harmful chemicals yet still has the non-stick effect. Easy swap and much safer!

8. Swap things that come in cans or plastic for glass jars

This is another swap for health reasons. In the last couple of years, we have started hearing more about the risk of canned and plastic packed goods as they are lined or made with BPA, an endocrine disrupter.

I don’t know about you, but I try and avoid canned goods where possible. But sometimes when you’re low on time, it’s handy to have some canned beans and tomatoes in the house to prepare a quick dinner.

I’ve noticed that more products that were in cans are becoming available in glass jars. I always choose the glass when there is an option as I don’t need anything disrupting or causing my body harm!

Unfortunately, there is also information out there to say that the replacer for BPA, BPS is just as harmful. Make sure you don’t fall for the labelling stating ‘BPA free’ as it still may not be safe. 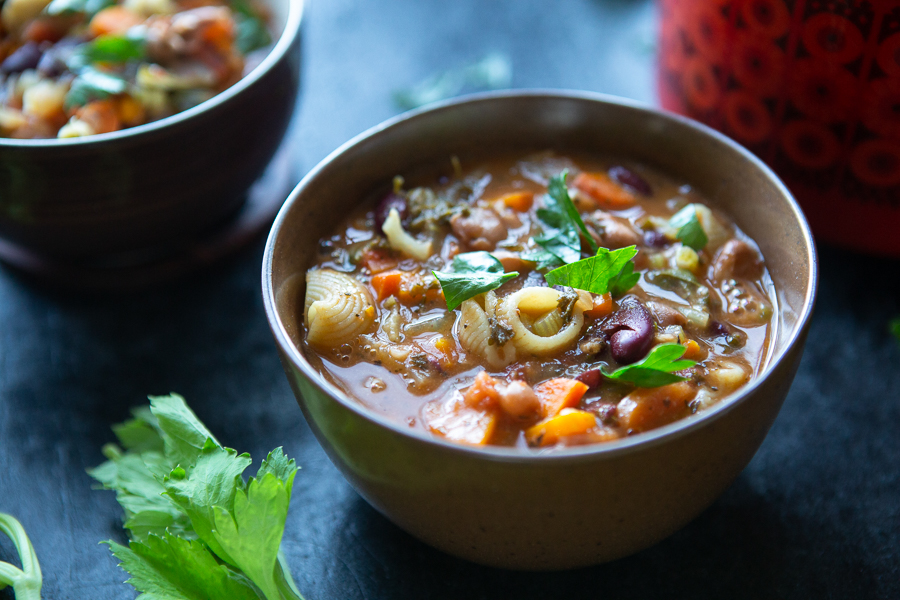