This cheese pie (aka gibanica, pita, gužvara, burek) would have to be one of the most famous traditional dishes in Serbia. Depending on who you speak to, they have a name for it.

From my understanding and the research that I did, it’s best known as gibanica (pronounced ghee-BAN-itsa) and this is my vegan gibanica recipe.

Gibanica is known for only having cheese and other dairy such as cream, sour cream, yoghurt or milk. You’ll also see anywhere from 3-10 eggs added to the traditional version.

The cheese can also vary depending on the recipe that you choose, but the base will typically be either ricotta or feta. I have taken the general concepts of some of the non-vegan versions of this dish that I found online, and also from my own experience eating this delicious Serbian cheese pie before becoming vegan.

If you’re anything like me and see images of recipes like this and freak out because you’re nervous about working with pastry, I want to assure you not to worry!

You either don’t have the time or the confidence to make your own, or you simply feel overwhelmed by something that looks simple but may end up being quite complicated.

I had no idea that most recipes out there (unless it’s your baka (aka grandma) making it) use store-bought fillo/phyllo pastry and get a great texture and finish.

So, don’t be frightened when you see that lovely layer of dough on the inside. It’s effortless to achieve! You’ll be pleasantly surprised.

The beauty of this dish is that you can have it hot or cold. It’s traditionally known to be a breakfast recipe that would be whipped up the morning of or the night before. If you have time in the morning, go for it!

But like most people that are trying to get out the door first thing in the morning and don’t have a minute spare to whip up a cheese pie, make it the day before.

It’s also great as a lunchbox addition, or a take to work meal. Really, you can enjoy it whenever.

How to serve this vegan cheese pie?

It pairs great with any of the following additions (or simply have it on its own):

This fillo pastry with vegan ‘feta’ is super simple to make, soft and creamy on the inside and crispy on the outside.

I think I’ve perfected the flavours and textures of the non-vegan version of this traditional Serbian gibanica. I’m happy with how it has turned out, and I’m confident that you’ll fall in love with it too!

A lot of vegans get confused and unsure of whether or not they can eat fillo pastry. The answer is yes. Most supermarket brands will not use butter in their pastry as it’s more expensive to produce and opt-out of using it. This is the brand that I’ve been using and is accessible in most supermarkets here in Australia.

This variety of pastry is thinner than some of the ones that you’ll find in other countries, especially the traditional one that is used, which is a medium thickness. I can’t get access to that and imagine that most other people wouldn’t be able to either.

If you live somewhere, where it’s accessible, go for the medium thickness instead. However, the thin kind will work just as well!

A few tips for making this vegan Serbian cheese pie

I’ve purposefully left out using vegan versions of traditional dairy in this dish because I wanted it to be as accessible as possible. I don’t buy things like vegan feta, vegan ricotta, vegan sour cream etc. so I didn’t want to use them.

Don’t get put off by the fact that this dish uses tofu. You’ll be pleasantly surprised that it tastes very similar to the traditional version and nothing like tofu!

This vegan version of a traditional gibanica is also healthier for you. With the use of organic tofu, nutritional yeast, lemon juice and aquafaba (chickpea water), it has less fat and all the nasty things that come along with consuming dairy (if you’re interested in learning more about the dairy industry, check out this video).

Have you had a Serbian cheese pie before? What did you think? Would love to know how this one compares!

If you try this recipe, let me know! We’d love for you to leave a comment and rating below. If you want to go that extra mile, tag us on Instagram, or share your photo of the recipe on Pinterest. Or Pin It for later!

This vegan gibanica recipe is a traditional Serbian savoury cheese pie. A perfect and easy dish to put together and enjoy for breakfast, lunch or dinner. 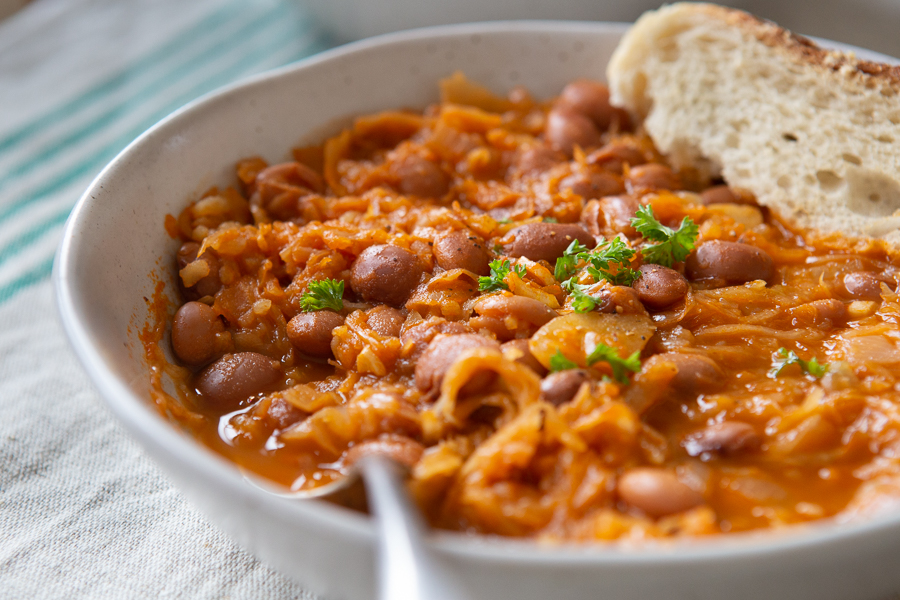